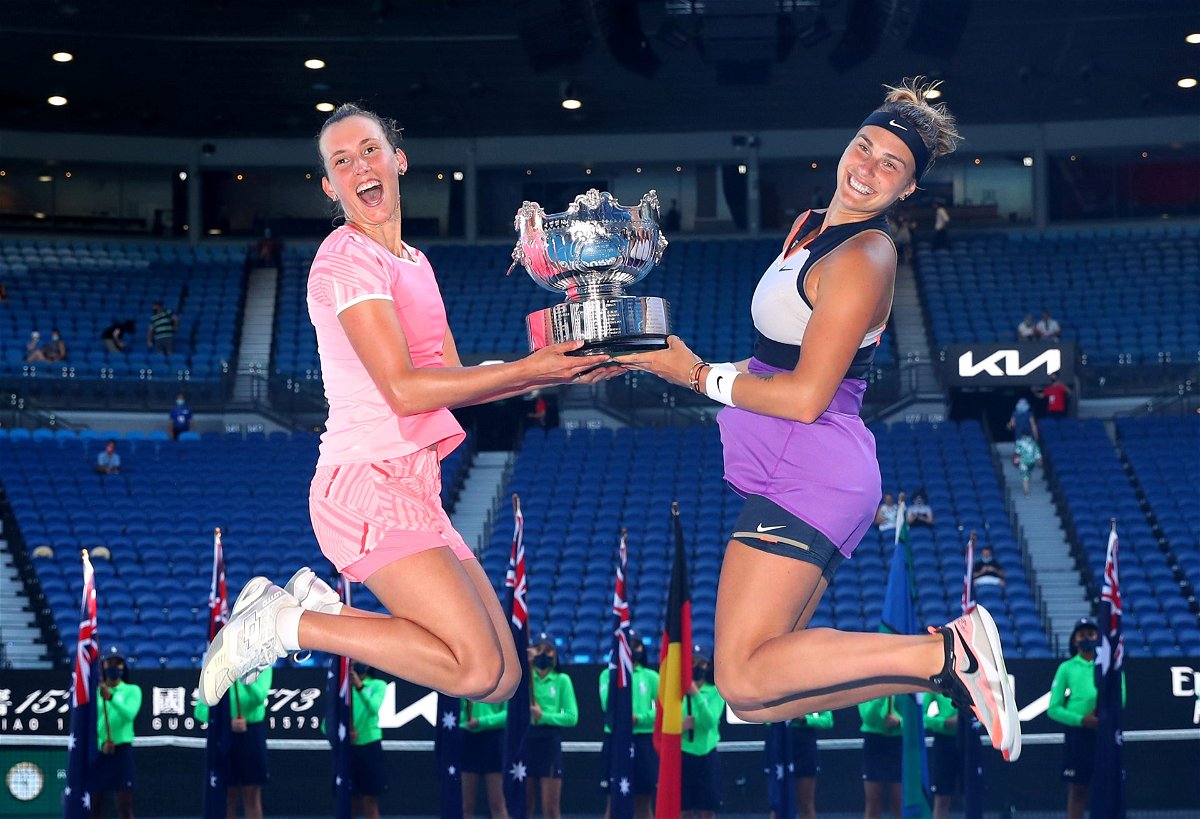 Continuing with their winning run, the pair lifted the women’s doubles crown at the Australian Open on Friday, beating Czech duo Barbora Krejcikova and Katerina Siniakova 6-2, 6-3.

The pair was seeded second coming into the Grand Slam championship.

End of an era?

Australian Open champs Elise Mertens and Aryna Sabalenka confirm that they will put their hugely successful partnership on partial hold.

Sabalenka wants to focus on singles, conserve her energy. But the duo will play a few 1000/500 events together. #AusOpen pic.twitter.com/IqCwJzEnap

It is understood that the seventh-ranked Belarussian wants to focus more on singles and conserve her energy for big tournaments.

Sabalenka reached the fourth round of the singles championship at Melbourne Park where she was beaten in three sets by 23-time Grand Slam champion Serena Williams.

While the pair has decided to consciously uncouple, a phrase often used to describe a split in amicable terms, Sabalenka and Mertens will keep featuring together in some 1000 and 500 tournaments on the WTA calendar.

The 16th ranked Belgian, too, made the fourth round of the singles championship before going out in straight sets to Czech star Karolina Muchova.

Her passage to Round-4 included an upset victory over Swiss tennis star Belinda Bencic.

On her decision to focus on singles, going forward, Sabalenka said, “For sure I like to play doubles. I just want to try something else.”

The Belarussian had been on an incredible winning run in singles coming into Melbourne Park, as she followed up her championship victories at Linz and Ostrava in 2020 with a glory run at the Abu Dhabi WTA this year.

On whether she would pair up again with the Belgian, Sabalenka said, “I hope if one day I make a decision to come back in doubles, I have this girl over here for me.”

To that, Mertens said she would gladly decide to join up with her good friend if she does decide to return to doubles.