Home LAST NEWS Who Should Derrick Lewis Fight Next After His Emphatic Win at UFC Vegas 19? 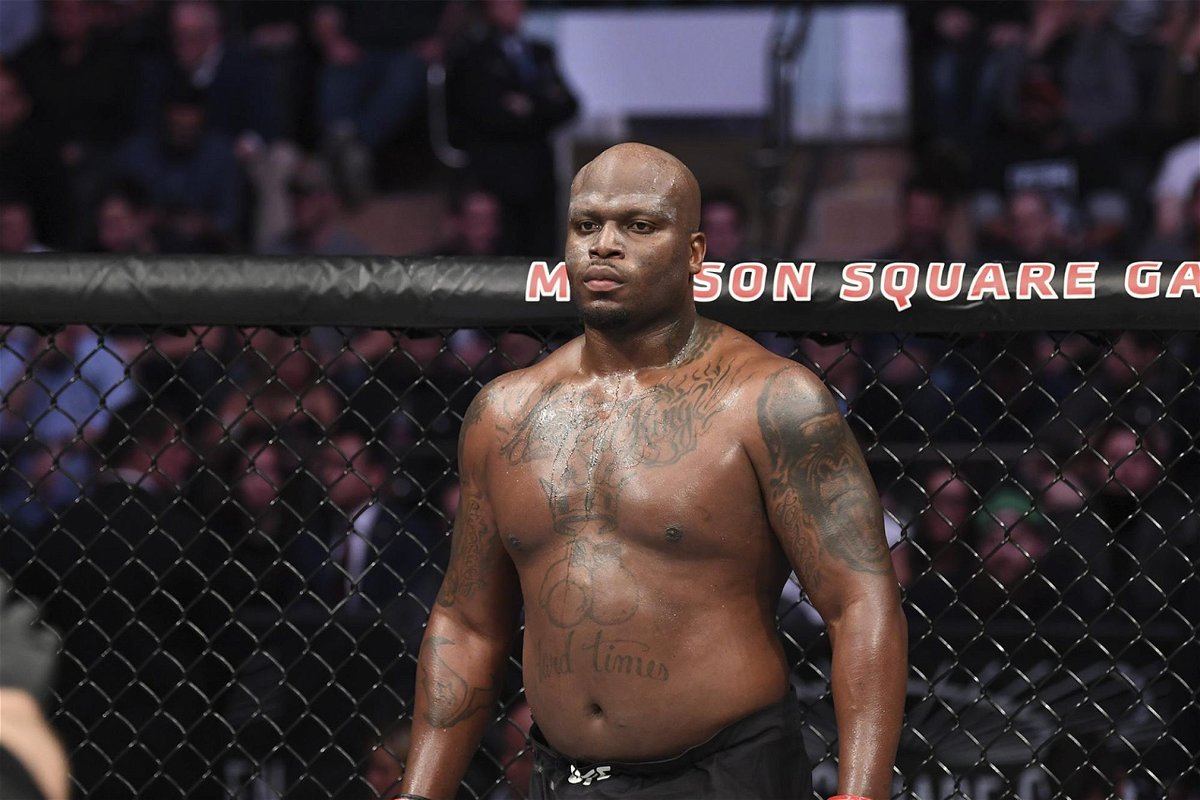 ‘The Black Beast’ Derrick Lewis came up with an emphatic knockout as he defeated Curtis Blaydes in the second round at UFC Vegas 19. After a first-round where Blaydes was doing most of the work, Lewis showed why he is regarded as one of the scariest heavyweights to ever grace the Octagon.

Stipe Miocic and Francis Ngannou are set to rematch at UFC 260 as ‘The Predator‘ looks to avenge his first loss against the champion. Meanwhile, Jon ‘Bones’ Jones is getting ready for his debut in the division and will fight the winner of the aforementioned title fight.

LAS VEGAS, NEVADA – FEBRUARY 20: (L-R) Derrick Lewis punches Curtis Blaydes in a heavyweight bout during the UFC Fight Night event at UFC APEX on February 20, 2021 in Las Vegas, Nevada. (Photo by Chris Unger/Zuffa LLC)Lewis understands the situation and is looking to make himself better and fight for the UFC gold once again. In his previous fight against Francis Ngannou, he claimed the win, albeit a rather disappointing one. The bout was one of the most underwhelming in UFC history, as the two power punchers were too gun shy and ended up not throwing at all.

He would like to fight Miocic, of course, as the duo has never collided. And a fight against Jones will provide the biggest paycheck in the division. So, needless to say, Lewis will be ready for anybody.

Should Derrick Lewis get a title shot next?

‘The Black Beast‘ is currently on a 4-fight winning streak and has certainly earned another shot at the title. Unfortunately, the top of the division is in a bit of a stalemate at the moment. As Jairzinho Rozenstruik and Cyril Gane will fight soon, a clash against the winner of that fight will keep Lewis active.

LAS VEGAS, NEVADA – FEBRUARY 20: (L-R) Derrick Lewis and Curtis Blaydes trade punches in a heavyweight bout during the UFC Fight Night event at UFC APEX on February 20, 2021 in Las Vegas, Nevada. (Photo by Chris Unger/Zuffa LLC)In his post-fight interview, Lewis indicated that he wants to fight Alistair Overeem next. Hence, there are options aplenty for the Texas native. In the meantime, he should concentrate on getting in better shape and focus on not repeating his mistakes from UFC 230.

Who should ‘The Black Beast’ face next? Let us know your thoughts below.

The post Who Should Derrick Lewis Fight Next After His Emphatic Win at UFC Vegas 19? appeared first on EssentiallySports.